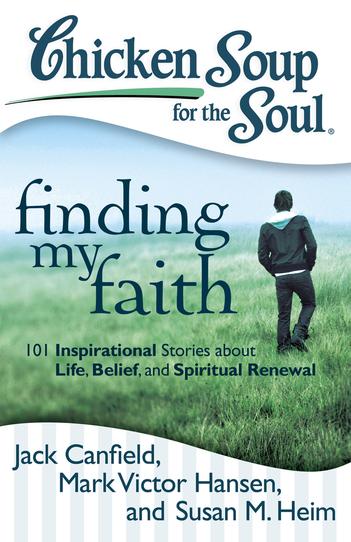 Chicken Soup for the Soul:

Whether you're finding faith for the first time, or looking for renewal, you'll love these stories. Family, friends, or even strangers can inspire faith. Faith can show up in a miracle or an everyday event. It can hit you like a sledgehammer or whisper in your ear. Everyone's "faith story" is different, including: